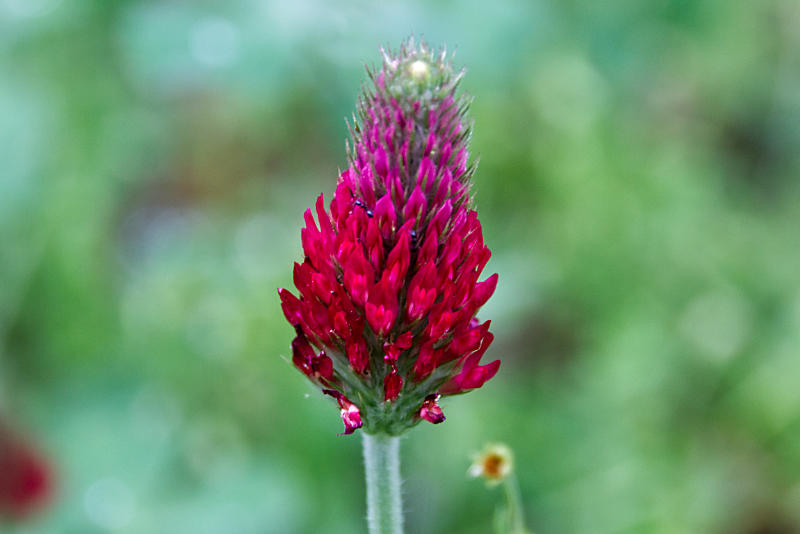 Red clover (Trifolium pratense) is a member of the Legume family. It is related to beans and peanuts. In a recent article on white clover, I covered the use of white clover as an edible wild plant. In comments to that article, some people confused white clover with red clover. One person even strongly suggested that the two were identical, with red clover being identical to white clover. They stated that red clover was simply a pink version of the white clover covered in the article. However, these two plants, while being cousins, are very different in the amounts and types of naturally occurring chemical constituents they contain. They are also very different in the size of the stems, leaves, and flowers.

What Is Red Clover?

Red clover is a type of clover that produces red flowering tops on a tall, upright stem. It grows much taller than white clover and is frequently planted in cattle pastures for grazing. While both red and white clovers have leaves arranged in sets of 3 (thus the name Trifolium), have white chevrons, or Vs, on the leaves, and have been used by humans for thousands of years, they have very different effects. In fact, red clover is the more commonly used of the two in herbal medicine and for making dietary supplements.

Red clover is high in nutrients, including the minerals magnesium, phosphorus, potassium, calcium, chromium, selenium, zinc, and sodium, as well as Vitamin C, niacin, and thiamine.

Traditionally red clover has been used for asthma, cancer, gout, and whooping cough. Today supplement companies promote the use of red clover supplements to alleviate the symptoms of menopause, osteoporosis, and increased cholesterol.

Possible Benefits For Your Health

Before we get into the possible health benefits of using red clover, I wanted to give you the main difference between red and white clover. Red clover contains a number of isoflavones. This is important because the body converts these into phytoestrogens. These are plant-based chemicals that mimic estrogen in the body. Although these phytoestrogens can be helpful in certain conditions, they can also be considered harmful for other conditions. If you plan to use red clover, you should talk to your doctor or an experienced herbalist and discuss any medical conditions or prescription drugs you are taking. Red clover supplements have been used in clinical studies for up to 3 years with no adverse health effects noted.

If you suffer from excess fluid in your body, red clover has been shown by recent research to have properties that allow it to work as a natural diuretic. By increasing urination, it is believed to help to lower blood pressure, flush toxins from the body, and balance fluid levels. If you are currently taking prescription diuretics, you should discuss this with your doctor before you begin using it as a dietary supplement.

Red Clover May Lower The Risk Of Certain Cancers

Red clover has been used in traditional Chinese medicine to help prevent cancer and as a “blood purifier”. In laboratory studies, the isoflavones contained in red clover were seen to stop cancer cells from growing and multiplying. It showed some promise in causing cancer cells to self-destruct. This is called cell apoptosis. Much more research is needed to find out if they will work the same way in humans, but the research is promising.

It was also noted that since the isoflavones mimic estrogen, certain types of cancer that are affected by estrogen are the most likely to be affected by using red clover. These include prostate, breast, and endometrial cancers. However, since it is not clear how estrogen affects breast cancer, those with a high risk for breast cancer should avoid using red clover. It should also be avoided in medicinal amounts used in supplements by those who have cervical cancer, ovarian cancer, endometriosis, or fibroids of the uterus.

A lack of estrogen is the main reason that women begin to lose bone mass as they age and go through menopause. The isoflavones contained in red clover may help to correct this imbalance and reduce the risk of osteoporosis in older women. Studies also indicate that women who are pre-menopausal and have low bone density may benefit as well.

A laboratory study on mice indicated that the phytoestrogens decreased bone loss in the mice compared to the control group. Another study found that isoflavones extracted from red clover reduced bone loss from the spine by 45% compared to the placebo group.

There are conflicting studies on this so more research is needed to conclusively show whether there is any effect on bone density from using red clover.

Another problem women face as they age and have a decreased estrogen level is cardiovascular disease. Studies are mixed regarding whether phytoestrogens can affect cholesterol, but one study suggests that it may be able to decrease LDL (“Bad cholesterol”) while increasing HDL (“Good cholesterol”). Further human studies are needed to prove this effect.

In traditional medicine, it has been used to treat a wide range of respiratory illnesses. Coughs, asthma, bronchitis, colds, and flu are some typical uses. Its use for asthma stems from its ability to act as effectively as manufactured bronchodilators to relax the airways of the lungs and relieve bronchospasms. It can help to flush mucus from the lungs and this effect is helpful in all the above respiratory illnesses. Its ability to soothe coughs may also help during a cold or the flu. This can help you get better rest to help your immune system to fight off the infection.

May Help With Symptoms Of Menopause

Studies are mixed on whether the phytoestrogens contained in red clover can help reduce hot flashes and night sweats. One study found that after 90 days of use of phytoestrogens extracted from red clover there was a significant improvement in the health of women’s skin, hair, and scalp, including decreased thinning of the hair.

There were two review studies conducted that seem to show a decrease in hot flashes of 30-50% in women using red clover supplements. One double-blind study used 80 mg per day of the extracted isoflavones from red clover. The study found that 80 mg taken once daily reduced the incidence of hot flashes in postmenopausal women when taken for 60 days.

However, some studies were funded by supplement suppliers, so more independent studies are needed to say for sure whether red clover actually can decrease hot flashes in pre-menopausal, menopausal, and post-menopausal women.

More studies are needed, and there is no conclusive evidence that red clover supplements do help with the symptoms of menopause, but that doesn’t necessarily mean it won’t work for you as an individual.

May Improve The Health Of Your Skin

This may be the most interesting use for the phytoestrogens from this abundant plant. There is a small body of evidence that it can improve the signs of aging when used on the skin. It can reduce inflammation and increase collagen production to help smooth and tone the skin. The anti-inflammatory effects can also be helpful for skin conditions such as eczema and acne, as well as itchy rashes. Red clover has a history of use in treating eczema. It has been shown to be useful for the treatment of wounds, even non-healing wounds, due to the stimulation of collagen production. It has also been used to stimulate and improve the health of the scalp and hair follicles, as noted earlier.

Do not use with children, as there are no long-term studies on the effects of estrogen in children.

It may hinder blood clotting, so those people taking prescription blood thinners should be cautious, as it may further decrease blood clotting, and lead to increased bleeding or bruising. Some other herbs and supplements that have blood-thinning effects include ginkgo, ginger, garlic, and vitamin E.

People taking methotrexate should avoid using it due to the fact it may interfere with the breakdown of methotrexate in the body. This can lead to increased levels in the bloodstream and an increase in side effects from the drug.

Finally, those who take prescription drugs that are broken down by the liver should avoid its use.

Red clover can be gathered as a fresh herb where it is growing, such as where cultivated. The flowering tops are typically used, but the leaves can be used as a potherb. Less potential for adverse effects is present from white clover leaves so it might be advisable to use those as a potherb instead.

Use the flowers fresh or dried for tea. 1-2 teaspoons of dried flowering tops steeped in 8 oz hot water for up to 30 minutes. 1-3 cups per day is the typical recommended usage.

You can purchase red clover tincture, or make your own tincture with the flower heads. The typical dosage for tincture is 3-5 ml 3 times per day.

For more information about other wild medicinal plants and essential oils, you can visit our list of articles.

Everything on this website is for informational purposes only and in no way intended as medical advice. Only your health care provider can give you medical advice based on your health history. If you decide to use one of the many commercial preparations be sure you are purchasing from a reliable source. Dietary supplements are not regulated by the FDA and so there may be additional additives or contaminants you may not be aware of.

May 12, 2022
Anti-inflammatory Plants for Skincare 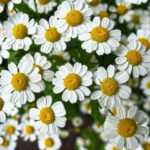 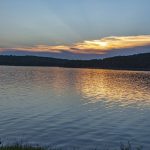 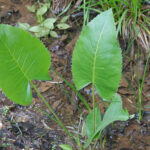 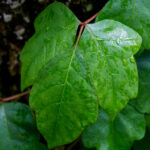 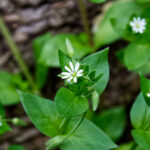