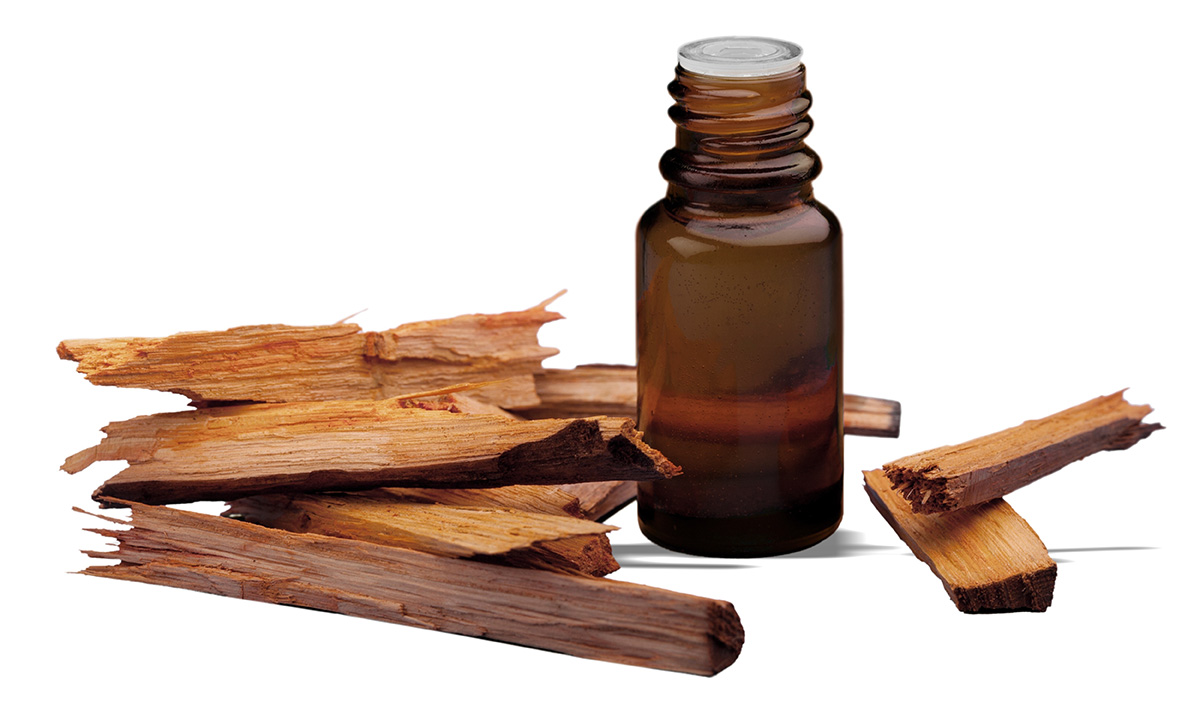 Sandalwood oil is one of the world’s most widely used essential oils. It is prized for its scent for use in perfumes. It is used for its therapeutic effects in Chinese, Ayurvedic, and Tibetan medicine systems. It is also used to center the mind in ancient yogic traditions.

Sandalwood oil is most often extracted via steam distillation from the wood of the Sandalwood tree. The heartwood of the roots produces the highest quality oil. The Sandalwood tree is an evergreen. It grows to a height of approximately 30 feet.  The Sandalwood tree has leathery leaves and produces small purple flowers. Native to southern tropical Asia, the tree is parasitic, gaining its nutrients from one of several other tree species. Because it can only be grown this way, and due to its seemingly strict set of environmental conditions, Sandalwood is difficult to propagate. To add to the challenge of successful cultivation, Sandalwood takes nearly 30 years to mature before yielding an oil of any worth.

Sandalwood oil has a woody, balsamic, sweet, and slightly musky aroma. The oil is a pale yellow, greenish or brownish liquid with excellent tenacity (the aroma tends to last a long time) and superior fixative properties. There are several varieties available, with Santalum album considered the most important for therapeutic use. The Mysore region of eastern India is thought to produce the highest quality of this oil type. Recently its harvesting is creating a strain on the area’s natural environment. Another Sandalwood oil of the austrocaledonia species has been produced on the South Pacific island of Vanuatu from successfully cultivated Sandalwood trees. This oil has a fantastic aroma, with a woody, smoky scent that can remind one of being at the beach. It makes an excellent base note in perfume and cosmetic blends.

In the West, Sandalwood oil is perhaps best known as a natural, woody, sweet body perfume used ‘as is’.  It is also a familiar aroma in many cosmetics and aftershaves. In the east Sandalwood’s importance in cultural and spiritual traditions is well-rooted. The wood is carved into furniture, religious icons, used to build temples, and burned as incense in a great variety of ceremonies. The oil is used to anoint the dead. It is believed the oils help their transition to the next life. In Burma, women sprinkle it on passersby on the last day of the year for the release of sins. In Hindu marriages, Sandalwood is burned in a tent so that the smoke surrounds the bridal couple. For the meditative yogi, the oil and incense encourage a serene state of mind, supporting the alignment of the individual with the universal Self.

In the traditional Indian medicine system of Ayurveda, Sandalwood is valued for its ability to cool the fire of pitta. It is indicated for inflammatory conditions, such as inflamed skin, or intestinal and genitourinary conditions that require cooling.

Modern aromatherapy considers the oil an effective skincare agent for dry skin, general irritation, and acne. It is also used in cases of bronchitis, catarrh, dry persistent coughs, laryngitis, and sore throat. It may also be used to relieve diarrhea and nausea and can be supportive in cases of cystitis.

Beyond the physical body, Sandalwood oil is a great tonic for the hyper-active mind. In practical terms, the oil is considered an anti-depressant. It is thought to have the ability to relieve hot, agitated emotional states and to assist in the release from over-thinking and worry. More esoterically, the aroma is considered ‘divinely sweet’ and softly balsamic, characteristics that evoke the grounding of the Earth element. It is said to release one from the ‘tyranny of the intellect’ which can cloud one’s true nature. This assists in bringing about a more serene state; unifying body, mind, and spirit. From this quiet, unified state comes forth the truly creative mind, finding infinite possibility in the here and now. It is in this peaceful, unified state where meditation can affect profound transformation.

Recommended essential oil blends for calming the mind are as follows. These can be used for general massage, reflexology, or applied to pulse points and temples:

For ‘obsessive’ thinking, try four (4) drops of Sandalwood and two (2) drops of Vetiver in one tablespoon of carrier oil.

For a detached analytical state try three (3) drops of Geranium, two (2) drops of Sandalwood, and one (1) drop of Patchouli in one tablespoon of carrier oil. These blends can also be created for use in a diffuser by omitting the carrier oil.

Sandalwood oil is one of the few essential oils which improve with age. Due to increasing demand, the oil’s price is climbing significantly every year. It can be worthwhile to purchase a little more than you think you’ll need immediately. Storing it for some time will only result in a richer oil in the future. 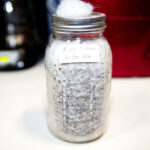 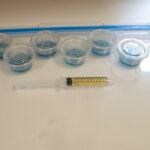 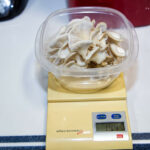 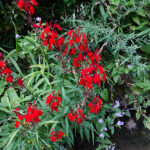 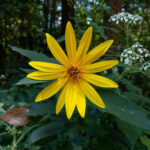 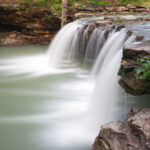 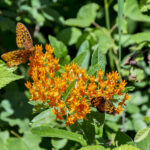 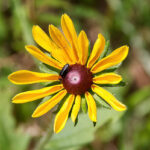